When an individual is faced with car part repair services, they are often unclear on whether they should go with a used, rebuilt, or remanufactured part. The individual may not have heard of the terms before or may be unsure of the quality difference between the three types of car parts. This article will help clarify, as illustrated in the video,” Differences Between Used, Rebuilt and Remanufactured Auto Parts.

Used Parts: These parts can consist of anything from an old engine to the steering wheel for your car’s interior. Used parts are the cheapest way to fix a car, but they are not necessarily the most efficient. Other individuals may have used them in a vehicle that was in an accident, damaged, or even just broke down. Used parts will usually be considered “good” if previous owners did not abuse them. If the used part you are going to replace has mechanical damage, it will be more expensive than a new part of equal quality.

Rebuilt Parts: When car parts are rebuilt, experts only repair the faulty components. In cases where they cannot fix the part because of the damage, they replace the whole car part. Rebuilding a car part is a step from using a used one, but it is not as expensive or efficient as using a manufacturer-remanufactured car part. A rebuilt part is often considered halfway between used and new in terms of quality and price.

Remanufactured Parts: When car parts are remanufactured, they are put through a very detailed and careful process. Manufacturers thoroughly disassemble the parts, clean them, and test them to ensure they do their jobs properly. Remanufactured parts are the highest quality of all three parts mentioned above, but it is also the most expensive to buy if you need a replacement.

In conclusion, there are many advantages and disadvantages of all the different kinds of used car parts, so individuals must research and choose the type of part best suited for the situation. 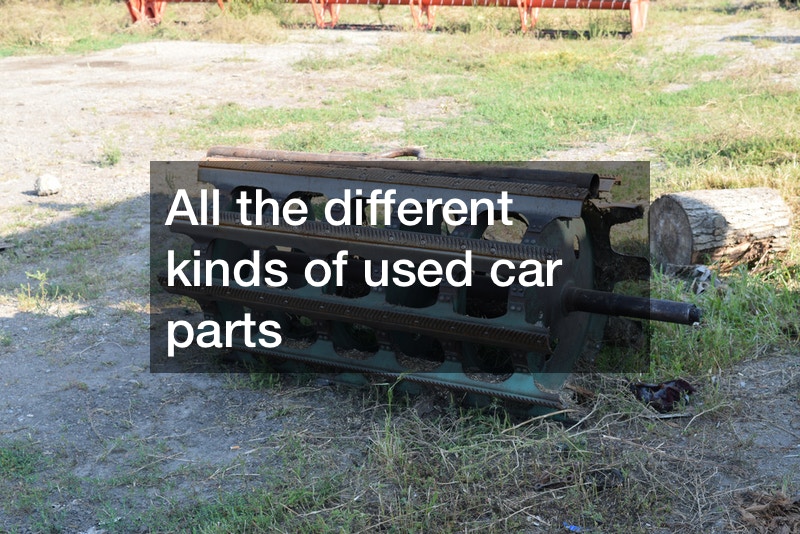